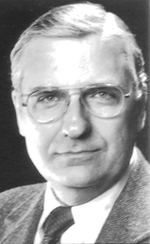 Earl Kaye Dille 1927-2018. Mr. Dille died peacefully on Wednesday, January 31, 2018 at the age of 90. He is survived by his loving wife of 66 years, Martha Merrill Dille; two sons Thomas Dille (Brenda) of Austin, TX and James Dille (Laura Placio); three grandchildren, Devon and Victoria Dille and David Dille; nieces, nephews and friends. He was preceded in death by his parents George Earl and Josephine Kaye Dille as well as his two sisters Laura Louise Elbring and Jo Anne Reed.
Born in Chillicothe, MO on April 25, 1927, he enlisted in the navy after high school in January 1945. By competitive exams at boot camp, he received an appointment to the US Naval Academy, graduating with the class of 1950 with a degree in Electrical Engineering.
Earl volunteered for flight training and was ordered to Pensacola, FL. It was during this time that he returned to St. Louis to marry his fiancé Martha Virginia Merrill in September 1951. During nearly six years of active duty, he and Martha lived in Norfolk, VA, Carmel, CA, and St. Simon’s Island, GA. He left active duty in 1957, and they moved back to Saint Louis where he would go on to command two Naval Air Reserve Units.
At that time he joined Union Electric Company (now Ameren) as an engineer. He received his master’s degree in Electrical Engineering from Saint Louis University in 1961, later to receive their Alumni Merit Award.
At Union Electric he was promoted to Director of Corporate Planning, then Vice President, and then to many years as Executive Vice President of Power Operations. He oversaw many projects during that period including the construction of the Callaway nuclear plant. He ultimately became President and then CEO of Union Electric before retiring from the company in 1992.
Earl was very active in Saint Louis corporate and civic life. He was Chairman of the Missouri Historical Society and Chairman of Bethesda Hospitals and Homes. He served on many other boards including Mercantile Bank and the Saint Louis Symphony. He served on the board of the Saint Louis Area Council of the Boy Scouts of America, receiving their Silver Beaver award.
He served on the University of Missouri Engineering Advisory Council and received the University of Missouri Award for Distinguished Service in Engineering. He was President of both the Saint Louis Engineers Club and the Associated Industries of Missouri and was Chairman of the North American Electrical Reliability Council.
An avid reader of Greek and Latin texts, and deeply interested in history and genealogy, Earl authored many articles for the Historical Society and Masonic publications.
A fourth generation Missouri Freemason, Earl joined his father’s lodge, Clayton No 601. He served as Master in 1974 and went on to become Grand Master of Missouri in 1982. A 33rd degree Mason, he was affiliated with both the York and Scottish Rites. From 1989 to 2002 he served as Sovereign Grand Inspector General of the Orient of Missouri. He also served the national Scottish Rite body as Grand Prior of the Supreme Council, 33°, Ancient and Accepted Scottish Rite of Freemasonry, Southern Jurisdiction, USA, in Washington DC.
Special thanks to Dr. Patrick Majors and the staff of Concierge Home Health Care.
Interment will be private at Jefferson Barracks at a later date. Condolences may be left at www.boppchapel.com. Memorials may be made to the Saint Louis Shriners Hospitals for Children, 4400 Clayton Avenue, St. Louis, MO 63110.