In Memory of
Richard R.
Larsen
1954 - 2020
Click above to light a memorial candle.
Memorial Candle Tribute From
Bopp Chapel
"We are honored to provide this Book of Memories to the family."
View full message >>>
Send Flowers
Plant a Tree In Memory of Your Loved One
Click Here
Menu 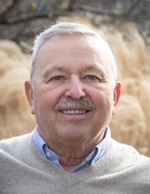 Richard “Rick” Larsen passed away on Thursday, February 6, 2020 surrounded by his family. Rick was diagnosed with cancer in 2013 and successfully battled the disease for six years. On Dec. 17th he received a stem cell transplant and lost his battle due to complications from the procedure.
He is survived by his wife Debbie (Johnson), daughter Lindsay Pritchett (Bryan), son Brian, (Mary Grupe), his sister Cari Larsen and grandsons Brady and Connor Pritchett. He was predeceased by his parents Harold and Orvella Larsen, brothers Chuck and Ken Larsen, and his sister Grace Schara.

Rick was born in Tomah, WI on September 7, 1954. He excelled in many sports throughout his youth including baseball, basketball, football and golf. Rick would take his natural athleticism and passion through his collegiate years and into his career. Rick graduated from the University of Wisconsin Madison where he was the starting shortstop for three years for the Badgers baseball team. He then attended Syracuse University where he Rick received his Master’s in Sports Medicine. It was at Syracuse he met the love of his life, Debbie. After graduation, they moved to St. Louis together where he was employed by Washington University as an athletic trainer and has worked there for the last 39 years. In addition, Rick was the head baseball coach for Wash U from 1982 – 1986, leading the Bears to their first two NCAA Tournament appearances in school history. He also spent time in professional sports as the athletic trainer for the St. Louis Football Cardinals and the Stampede.

Rick enjoyed working with student athletes and coaches immensely, but he was happiest when he was spending time with family; first and foremost, with his loving wife of 38 years. They cherished every minute they spent with their children and grandchildren. Some of Rick’s favorite pastimes were going to Wisconsin to spend time with extended family and enjoying the outdoors. Another passion of Rick’s was working with his hands. Whether it was working part-time for Harlan Construction, rehabbing a kitchen or finishing his basement, Rick had a knack for building and repairing things. In essence, Rick’s selflessness and desire to help others is how he will be remembered by many.

A visitation will be held Wednesday February 12th from 4:00-8:00 pm at Bopp Chapel in Kirkwood. A celebration of life will be held on Thursday February 13th, 11:00 am at Graham Chapel located on Washington University Danforth campus with a reception to follow. In lieu of flowers, the Larsen family has requested that contributions be made to the Rick Larsen Sports Medicine Fund at Washington University. To share your condolences, please visit In Memory of Rick Larsen or mail your contributions to Washington University in St. Louis, MSC 1202, One Brookings Drive, St. Louis, MO 63130, and please write Rick Larsen Sports Medicine Fund on the memo line.