In Memory of
Betty Kreder Little
1930 - 2020
Click above to light a memorial candle. 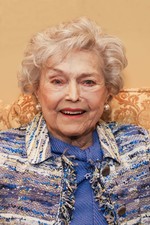 Betty had a curious mind that led her to develop her interests in art, music, history and current events. Betty took pride in her German heritage and did extensive research in the genealogy of her family. At home she could be found sewing, gardening, decorating her beautiful home and entertaining. She became an avid golfer developing many friendships through her golf associations. Her love of the outdoors took her on a number of camping, hunting and fishing trips with Bob. Betty was known for her sense of humor as well as her sense of style. Always the adventurous travelers, she and Bob made friends worldwide.