In Memory of
Ralph Davis
Kunce
1946 - 2020
Click above to light a memorial candle.
Memorial Candle Tribute From
Bopp Chapel
"We are honored to provide this Book of Memories to the family."
View full message >>>
Send Flowers
Plant a Tree In Memory of Your Loved One
Click Here
Menu 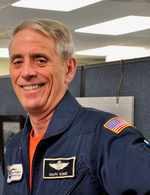 He was married to Teresa Del Fatti from 1971 to 1974. He was married to Phyllis Kay Mitchell Kunce for the past 8 years. He was a life-long distance runner, and enjoyed golf, trivia, Jeopardy, and a variety of sports.
Ralph’s career was the air defense of our country. From 1970 through 1982 he served in the U.S. Air Force in various roles, most notably as Combat Forward Air Control Pilot in Phu Cat South Vietnam; Instructor Pilot stateside, and a tour in South Korea. Ralph joined the Michigan Air National Guard, Battle Creek, MI, from 1983 to the mid -1990’s. His unit was attached to a U.N. Peacekeeping Force and was deployed to Italy and to Bosnia in another combat role. He retired as a highly decorated Lieutenant Colonel. His dozens of awards included such honors as the Distinguished Flying Cross, two Vietnam Crosses of Gallantry, various Meritorious and Service Medals, and AF Outstanding Unit Award for Valor.

He was a courageous and dedicated warrior and patriot.
After retirement, he continued as a civilian flight instructor of ground school, and flight simulator to military pilots at Vance AFB in Enid, Oklahoma. He never retired that post.

Ralph was a sensitive person who loved his family, friends, and animals. He was deeply loved and will be missed by his wife, Phyllis Kay Kunce, step-daughter, Morgan Reiner, and Brandon (Charlene) Shea-Stutzman; siblings, Charles (Patrice) Kunce, Carol (Jim) Connolly, Anthony (Mary) Kunce and Suzanne Malone; nieces and nephews; and the rest of his family and friends.

Ralph is at rest with his parents, Ralph W. and Mildred L. Kunce.