In Memory of
Allen S.
Boston
1941 - 2020
Click above to light a memorial candle.
Memorial Candle Tribute From
Bopp Chapel
"We are honored to provide this Book of Memories to the family."
View full message >>>
Send Flowers
Plant a Tree In Memory of Your Loved One
Click Here
Menu 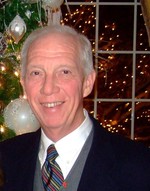 Allen Spencer Boston, 78, an attorney who specialized in commercial litigation and was Webster Groves City Attorney for over 15 years, died at his Webster Groves home on February 28, 2020.
He leaves behind his wife of 49 years (Lucyann), two children (Scott and Beth) and three grandchildren (Owen, Lucy and Henry) beloved nieces and nephews, and his faithful dog (Chloe).
A lifelong Webster resident, Boston retired in 2006 from law firm Lewis Rice, where he spent almost 40 years. He subsequently spent three years as general counsel for the St Louis Public Schools. In the early 1970s, he served as St. Louis County Director of Human Relations in the administration of County Supervisor Lawrence Roos. He was a current member of the board of the Bach Society of St. Louis and former board member of Maryville University.
A graduate of Webster Groves High School, Grinnell College and Yale Law School, Boston loved the law. His legal colleagues remember him for his masterful opening and closing statements: “No one could command the attention and concentration of people like Allen. He was like a pastor delivering a dynamic sermon.”
He also held a passion for history, politics, travel, theater, music, his home, his family, his dog, and his Naval service. He had remarked that some of his happiest years were on active duty, where he was a line officer and his ship’s legal advisor. His best stories---and he had a lot of them---were Navy stories, and touched upon his love for the institution, the respect he had for his fellow servicemen, and the adventure of sailing the Mediterranean.
On the 4th of July, you would find him devotedly blasting the soundtrack to “1776” or the marches of John Philip Sousa from his front porch on Plant Avenue--- accompaniment for Webster residents walking to the parade route. He was a captivating and hilarious storyteller; a beautiful thinker and writer; a supportive father, grandfather and uncle; and a loving husband.
His family prays he is at peace, free from pain and reunited in Heaven with his sister, Janet, and parents, Louis and Audrey, as well as among many other loved ones and friends. Thank you, God, for his time on this Earth and the love and support he provided.
Visitation will be held at Bopp Chapel on Friday, March 6, from 4-7 pm and a memorial service is planned for Saturday, March 7, at 10 a.m. at the First Congregational Church of Webster Groves, where Boston was a lifelong member. In lieu of flowers, donations can be made to the Bach Society of St. Louis or the Webster Groves School District Foundation.