In Memory of
Dennis Harold
McCormick
1950 - 2020
Click above to light a memorial candle.
Memorial Candle Tribute From
Bopp Chapel
"We are honored to provide this Book of Memories to the family."
View full message >>>
Send Flowers
Plant a Tree In Memory of Your Loved One
Click Here
Menu 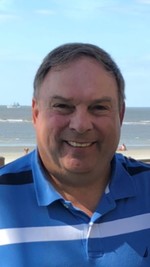 Dennis H. McCormick was welcomed into the arms of Jesus on Saturday, March 21, 2020 at the age of 70. Beloved husband of 44 years to Gay (Cross); dear father and father-in-law to Matthew McCormick (Tara), Mark McCormick (Jen), Kelly Brown (Dave); loving son of Thelma D. McCormick (Weidler) and the late Harold E. McCormick; brother of Steven McCormick (Marjorie), and his favorite title, loving Pop Pop of Ryan, Callie and Miles McCormick and Kennedy Brown. Our dear nephew, uncle, cousin, Godfather and a wonderful friend to so many.

Born in St. Louis, Missouri, Dennis grew up in Kirkwood, attending grade school at Concordia Lutheran Church and graduating from Kirkwood High School. He attended Meramec Community College and graduated from University of Missouri-St. Louis. Dennis married his best friend Gay Cross in 1975 and they had 3 beautiful children together.

After working in the building industry as a salesman, he turned his passion for coin collecting into his full time profession. After buying his first coin at the age of 7, he was hooked. He loved telling everyone that he still had the first coin he ever bought, a 3 cent nickel. He was one of the lucky ones who was able to turn his love of coins into his career through hard work and sacrifice. Dennis founded Missouri Coin Company in 1980. Under his leadership, the company became a powerhouse in both the local and national numismatic and bullion markets. It is still one of the top coin companies in the area, being lead by his son Matt.

When Dennis retired, he spent countless hours at their farm fishing, hunting and just thoroughly enjoying retirement. He loved traveling, going to Mexico and Canada for fishing trips a couple of times a year and always a trip to Disney World. His greatest joy was his family and loving his precious grandkids. He will be greatly missed by all whose lives he touched.