In Memory of
Burel J.
Riggins
1951 - 2020
Click above to light a memorial candle.
Memorial Candle Tribute From
Bopp Chapel
"We are honored to provide this Book of Memories to the family."
View full message >>>
Send Flowers
Plant a Tree In Memory of Your Loved One
Click Here
Menu 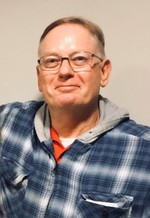 Burel was an avid river-bank fisherman, had a passion for gardening, and enjoyed spending time with his family. Burel had retired from the City of Ballwin.

He was proceeded in death by his son, Owen Riggins.

A private memorial service and celebration of life will be held at a later date. In lieu of flowers, memorial contributions may be made to Be The Match or Operation Clean Stream.