In Memory of
William E.
Brown
1951 - 2020
Click above to light a memorial candle.
Memorial Candle Tribute From
Bopp Chapel
"We are honored to provide this Book of Memories to the family."
View full message >>>
Send Flowers
Plant a Tree In Memory of Your Loved One
Click Here
Menu 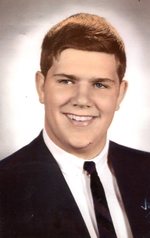 Born to Roy G. and Nancy J. Brown (nee Young) on June 30, 1951 at West Hudson Hospital in Kearny, New Jersey. The family moved to Kirkwood in 1961 when Bill was in the 4th grade. He attended Keysor Grade School the moved on to North Kirkwood Junior High, where Bill played on the football team in 9th grade. Moving on to Kirkwood High School, Bill was active in class activities, the Fellowship of Christian Athletes, while playing football and as a member of the track team, graduating in 1969. He then attended Southwest Missouri State (now Missouri State) where he was active in Student Government, Fellowship of Christian Athletes, and Alpha Phi Omega National Service Fraternity. He graduated in 1976 with a Bachelor of Science degree in Marketing and a Bachelor of Science degree in Business Administration. Since graduation, Bill has been active in the Missouri State Alumni Association. After graduating Bill went to work for Wagner Electric in St. Louis at their Automotive and Truck Brake Division 1n 1976. Bill accepted the position with Brake Parts Inc. and relocated to their Corporate Headquarters in Chicago. Bill worked in several positions of increasing responsibilities until his retirement in 2006. He then moved home to St. Louis.