In Memory of
Dorothy Athanas
Lake (Athanas)
1931 - 2020
Click above to light a memorial candle.
Memorial Candle Tribute From
Bopp Chapel
"We are honored to provide this Book of Memories to the family."
View full message >>>
Send Flowers
Plant a Tree In Memory of Your Loved One
Click Here
Menu 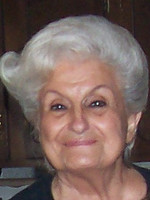 ST. LOUIS – Dorothy Athanas Lake, 88, of St. Louis died at 10:15 a.m. Friday (May 1, 2020) at home, surrounded by her loving family.
Dorothy was born Sept. 10, 1931, in St. Louis, the second child and first daughter of Gully and Janula Athanas. She married Alan Lake on July 17, 1954. He preceded her in death on Aug. 24, 2000.
She is survived by her daughter, Deborah (the late Michael) Dugan of St. Louis; her grandsons, Niko (Devin) Dugan of Champaign, Ill., and Alex (Chrissy) Dugan of St. Louis; a sister, Angie (Jim) Gaddis of St. Louis; a brother, Spiro Athanas of Bloomington, Ind.; and a host of nieces, nephews, great-nieces and -nephews, and lifelong friends.
She was also preceded in death by two brothers, Tom Athanas and Pete Athanas; and a sister, Florence Mastis.
The second of six children born to Greek and Albanian immigrants, Dorothy began helping to support her family from a young age, selling peanuts and popcorn on a street corner near her house at age 8. A few years later, in the midst of World War II, she and one of her lifelong friends lied about their ages in order to gain employment at Katz’s Drugstore in downtown St. Louis. At age 15, she left school to help her parents support her younger siblings, working full-time at the Scruggs, Vandervoort & Barney department store and rising to the position of office manager. Her wages always went right back to her family, especially after the untimely death of her father, who was struck and killed by a streetcar when she was just 21. Her paychecks provided some of the only luxuries her family could afford, including their first television set.
A couple years after her father’s death, she eloped with the love of her life, Al, beginning 46 years of endless adventures. They moved to a house in the western suburb of Des Peres and she soon found herself supporting a new family with the birth of their daughter, Debbie. After Debbie entered school, she went back to work, starting at night at the newly opened McGraw-Hill office, where she established many other lifelong friendships.
With the birth of her first grandson, she became Nana, and was soon inseparable from him and his brother, the two highlights of her life. Again, she poured her heart into helping raise them, serving as their champion and savior. She was known to suit up in street-hockey goalie gear so they could play when other children weren’t around.
Throughout her life, Dorothy was a beacon of selflessness and kindness who went out of her way to help anyone who needed it without ever seeking recognition or thanks. She was universally adored and built friendships that she maintained for decades with everyone she met. She was a true matriarch who helped raise her siblings, children, grandchildren, godchildren, nieces and nephews into capable, self-sufficient adults. She exuded a natural class, style and beauty that rivaled those of Grace Kelly or Jackie Kennedy, yet scoffed off such comparisons in much the same way as she did praise for any of her myriad acts of unparalleled generosity.
She imbued this world with a unique brand of kindness that it will sorely miss but that will live on in all those who still think of her and strive to emulate her.
Her funeral service will be livestreamed starting at 10 a.m. Monday, May 11, from St. Nicholas Greek Orthodox Church, St. Louis. A visitation will be held from 4 to 7 p.m. Sunday, May 10, at Bopp Chapel, 10610 Manchester Road, Kirkwood, Mo. Those who attend are asked to observe social distancing and other requirements currently in place. Burial will be a later date in Jefferson Barracks National Cemetery, St. Louis. A memorial service will be planned in the future, after restrictions on large gatherings have been lifted.
Rest in peace, beloved Dorothy, Mom, Nana, Aunt Dot. May your memory be eternal.