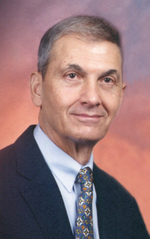 Sal served in the United States Army in Germany from 1954-1956. He studied at Marian University and earned a B.S. in Chemistry in 1962. He worked for P.R. Mallory where he met his wife Dagnija and married her on November 7, 1964. Sal invented several electronic components for the United States and foreign patents were issued. Dagnija and Sal lived in Washington until 1968 and then moved to St. Louis. Mr. Comado worked for the U.S. Department of Defense and then the F.D.A. until he retired in 1996. They traveled many years together.

Private services will be held. Sal and Dagnija will be buried together at Jefferson Barracks National Cemetery.