In Memory of
John "Jack" Krause
1931 - 2020
Click above to light a memorial candle.
Memorial Candle Tribute From
Bopp Chapel
"We are honored to provide this Book of Memories to the family."
View full message >>>
Send Flowers
Plant a Tree In Memory of Your Loved One
Click Here
Menu 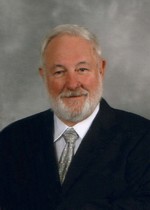 Jack was a life-long resident of Webster Groves. He was born at home to Hildegard Krause (nee Tempelmeier) and John F. Krause Jr., an immigrant from Lithuania. His parents ran and lived in a neighborhood grocery store across from Avery Elementary, and he gloated about being late to school every day. He graduated from Webster Groves High School in 1949, after completing a special senior project: rebuilding a 1932 Ford V/8 5-window coupe.

As a young man, Jack hustled pool and played poker before taking a job as a screen maker at Cupples Products in Maplewood. He then shifted to sales, initially selling Fuller Brush products door to door in the historic neighborhood of The Hill and eventually becoming a salesman of manufacturing and automotive oils. He learned the trade working for Columbia Oil and then moved to Jenkin-Guerin Inc., which had relocated from the Riverfront to Forest Park Southeast, a.k.a. The Grove, to make way for The Gateway Arch.

As clients communicated a problem with machine degradation, Jack set out to invent an optimal product. After 33 attempts he invented “tab-lube,” a special lubricant for machines used to stamp out pull-tabs for food and beverage cans. In 1965, Jack became president and owner of Jenkin-Guerin Inc. For years, Jack was an active member of the Society for Manufacturing Engineers (SME) as well as the Independent Lubricant Manufacturers Association (ILMA). Recently, he donated the use of a lot to the Midtown City Greens Community Garden, which has received a Golden Beet designation from Known and Grown STL.

As a longtime critic of police brutality, Jack served on the Webster Groves Police Commission. He worked tirelessly on an anti-smoking ordinance and sidewalk additions near Edgar Road Elementary. He also served on the Board of Directors of Allegiant Bank.

His adventurous spirit permeated his travels. Between 1967–77, he loved spending weekends at the Lake of the Ozarks and coving out, even in stormy weather, in his Owens 1959 cabin cruiser, and during 2003–2020 he relished getaways at his lakefront condo. He spent Christmas holidays in Florida with family in Madeira Beach and Redington Shores near his oldest daughter, and in December 2019 he was thrilled to ride “Avatar Flight of Passage” in Pandora at Disney World. Whether traveling in Italy, Spain, Morocco, Germany, or France, he drove a hard bargain with shopkeepers.

In his later years, “Papa” Jack participated 16 times in the Ernest Hemingway Look-Alike Contest at Sloppy Joe’s in Key West. He was a finalist on numerous occasions. He loved apple pie, and on his birthday judged Dad’s Apple Pie Contest involving his four daughters. He was a big St. Louis sports fan. He enjoyed storytelling, swing dancing, tennis, real estate investing, renovating, and work. He continued to run his company as it celebrated its 100th anniversary (1920–2020). His last day in the office was June 5.

Visitation will be held at Bopp Chapel in Kirkwood, MO on Thursday, June 18, from 4-6pm. Interment private at Concordia Cemetery on Friday, June 19. If desired, memorials may be made to Midtown Community Services or Art Lovers Place.