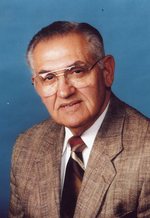 Dr. Stanley London, June 8, 2020, beloved husband of 69 years to Jacqueline Garrell; dear father of James, Cindy Krelle (Jim), and David; loving grandfather to Joseph Krelle (Joy), Louis Krelle (Nancy), Dr. Bradley London and Lauryn London; loving great grandfather to Owen Krelle, Catherine Krelle, Madison Krelle, Charlotte Krelle, and Cora Krelle; dear son to the late Dr. Maurice and Mary London, late brother Atty. Norman S. London and late sister Thelma London (late Jim) Riley. He was born on December 5, 1925 and grew up in Springfield, IL. He attended DePaw University and Washington University medical school and went on to a residency at Barnes Hospital. There he met his wife Jacqueline Garrell, who was a patient, and they were married in 1951. He then went into the Navy as a doctor stationed at Paris Island.

A fierce athletic competitor, he managed to play baseball and basketball during his medical school years at Washington University. Once in private practice as a general surgeon, he was asked to be the team physician for the St. Louis Hawks basketball team from the years 1955 - 1968, treating such great athletes as Charlie Share, Al Ferrari, Ed McCauley, Cliff Hagan, and Bob Pettit under the ownership of Ben Kerner. In 1968 he became the head physician for the St. Louis Cardinals baseball team, spanning a 30 year commitment to to some of the best athletes in the game. General managers Bing Devine, Whitey Herzog, and Dal Maxville were a few he considered good friends. Players like Joe Torre, Bob Gibson, Bob Forsch, Stan Musial, and John Tudor all thrived under his expert care. He also had a long time professional and friend relationship with head Trainer Gene Gieselman and Field House Manager Buddy Bates. He is always seen in the front row behind home plate in old Busch Stadium footage ready to run out on the field if needed, only missing a handful of games due to medical emergencies over the decades of his service.

He excelled in orthopedic surgery with primary emphasis on knees and did thousands throughout his career as well as being an outstanding and compassionate medical doctor. He joined I.C. Middleman in private practice and started Parkcrest Surgical in 1954 with still close friend, Dr. Ken Bennett. At one time there were 20 surgeons with various specialties working at his practice. Daily routine was: up early, 2 - 3 surgeries each morning, office hours all afternoon, home for a quick dinner and off to either a basketball or baseball game, only to start again the next day. Later years had him working at various clinics with indigent people as well as being the staff medical director at the St. Louis Federal Court Building where he had a strong positive relationship with Judge David Noce. He retired in January 2020.

He will be remembered as a talented, wise, compassionate and humble man.