In Memory of
Jean D.
Bradfield
1926 - 2020
Click above to light a memorial candle.
Memorial Candle Tribute From
Bopp Chapel
"We are honored to provide this Book of Memories to the family."
View full message >>>
Send Flowers
Plant a Tree In Memory of Your Loved One
Click Here
Menu 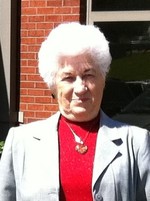 Major influences in her life include her Christian faith, the great depression and WWII. Jean received a Bachelor in Business English from Ouachita Baptist College and a masters in Elementary Education from Webster U. in 1974. She taught 4th grade at Claymont School in Parkway District for 23 years, retiring in 1989. She owned and managed the Mascoutah Mobile Home Manor from 1989 to 2006. Jean was a member of Kirkwood Baptist Church for 65 years and active in Friendship International.

Interment will take place at Shiloh Cemetery in Shook, MO with a graveside service at 2:00 PM on Friday July 3, 2020.

Memorial donations may be directed to the International Mission Board.

Family and friends may sign a guest book at www.boppchapel.com.