In Memory of
Gregory Robert
Stubblefield
1959 - 2020
Click above to light a memorial candle. 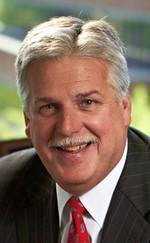 Gregory R. Stubblefield, 61, passed away on Friday, August 28, 2020 after a valiant, nearly four year battle with head and neck cancer.

From college football star at his beloved Cal Berkeley to a highly accomplished businessman, Greg lived a full and successful life with dedicated and loving friends throughout the world. Known for his optimism and boundless energy, Greg’s universe knew no limits. Generous in action and spirit, Greg was a benefactor to countless organizations and causes, both locally and globally.

And while Greg’s insight into people and opportunities made him a leader of unparalleled skill, it is his kindness and open heart that marked his time here on earth. Greg’s truly close friendships are too numerous to count, and spanned every area he touched, from his personal to professional life.

But most of all, Greg was fun. His presence would light up a room and instantly brighten the mood of any gathering. He was a whirlwind of ideas and a mentor to people throughout his life. He sought the best for every person who crossed his path. Our world has lost a good, kind man.

As those close to Greg know, he spent his career with Enterprise Holding, Inc., rising from management trainee to a senior executive with one of the world’s largest and most successful transportation companies. During his 37 years with Enterprise, Greg was one of the company’s most influential and pioneering leaders. He directed many of the company’s most significant new endeavors, including: opening international markets; establishing the company’s worldwide franchising initiative; serving as president to the company’s newly acquired subsidiary businesses of National Car Rental and Alamo Rent-A-Car; managing large scale acquisitions; serving as the company’s top strategy officer; directing worldwide sales and marketing; and much more. He counted the people of Enterprise as his extended family and said of his time with the company that he was "the luckiest guy in the world.”

Greg’s interests were many. He traveled the world, studied great businesses and leaders, owned race horses (one of his horses finished fourth in the Kentucky Derby), vintage cars, and other interests too numerous to mention. Keeping up with Greg was a marathon of endurance and commitment. He was always on the move, always optimistic, and always ready to help anyone who sought him out.

Please request that the funds be designated for the "Head and Neck Cancer Research Fund in honor of Greg Stubblefield and Nancy Apel."

Alternately, donations can be made to Pedal the Cause. Please contribute to the fundraising efforts of Greg's daughter Nicole Stubblefield, or to team Stubby Strong. This can be done so at pedalthecause.org.