In Memory of
Carolyn Ann
Pike (O'Glee)
1931 - 2020
Click above to light a memorial candle.
Memorial Candle Tribute From
Bopp Chapel
"We are honored to provide this Book of Memories to the family."
View full message >>>
Send Flowers
Plant a Tree In Memory of Your Loved One
Click Here
Menu 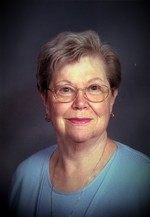 Carolyn was the wife of the late Joe V Pike, Jr and the daughter of the late Y. C. and Bernice O’Glee. She is survived by her four children Susan (the late Robert) Hughes, James (Virginia) Pike both of St Louis, Kathryn (Robert) Bissell of Chattanooga, TN, and Elizabeth (Timothy) Franke of Austin, TX, and eight grandchildren, Randall Bissell, Sarah Snyder, Evelyn Stout all of Chattanooga, Joshua Pike of Austin, TX and Samantha Clarkson of St Louis, and Emily Franke, Brian Franke and Nathaniel Franke all of Austin, TX and eight great grandchildren and her brother John (Judy) O’Glee of Dallas, TX and her sister-in-law Sue Paschall of Mesquite, TX. Aunt, cousin, friend to many.

Carolyn was born in Little Rock, AR on July 25, 1931 and lived in Colorado and Ft Worth, TX before settling in Dallas, TX. She graduated from Adamson High School and studied music at North Texas State before leaving to marry Joe. His military service took them to California before returning to Texas where her oldest two children were born before Joe’s job took them to St Louis where her younger two children were born. After a four year stint in New Jersey for Joe’s career they returned to St Louis where she spent the rest of her life and always considered herself a St Louisan. Most recently Carolyn lived in Webster Groves, a return that piqued her sense of humor as her first house with Joe had been only a half mile away from Sunrise Senior Living where she lived last.

Carolyn was an active member of Manchester United Methodist Church where she attended Sunday School, sang in the choir and for a time conducted the children’s choir. She was also active in the Girl Scouts even after her daughters aged out, receiving their highest volunteer award, the Friendship Award, for her service. Later she was active in her quilt guild showing many pieces in challenges and making quilts for her grandchildren.

Interment at Jefferson Barracks will be private. In lieu of flowers the family requests contributions to the Girl Scouts or an organization of your choice.