In Memory of
Ruth Ellen
Shaw (Sanders)
1945 - 2020
Click above to light a memorial candle.
Memorial Candle Tribute From
Bopp Chapel
"We are honored to provide this Book of Memories to the family."
View full message >>>
Send Flowers
Plant a Tree In Memory of Your Loved One
Click Here
Menu 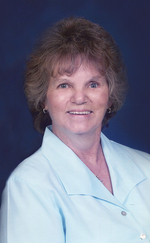 Ruth was an active member of Geyer Road Baptist Church. Volunteered at the Ronald McDonald House and spent may years working with children in AWANA. No matter who you were, she always made you feel special. Ruth was thrilled to become a great-grandmother of Asher.