In Memory of
Alexander
Lowry
1918 - 2020
Click above to light a memorial candle. 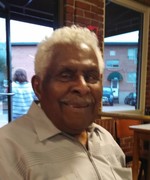 Acknowlegement
The family would like to acknowledge and extend special thanks to Seasons Hospice, West Country Care Center and Bopp Funeral Chapel for the kindness and care that was given to Alexander. The family also appreciates the many cards, prayers, calls and visits along with other acts of kindness shown during the time of his illness and finally death.
The Family