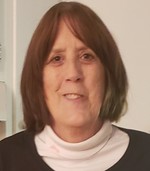 Ann Laresa Vernon (nee Fletcher), age 70, passed away peacefully surrounded by her family on November 14th, 2020. Beloved daughter of the late William and Elizabeth Fletcher (nee Canal). Loving sister to William, Douglas, and the late Michael Fletcher. Cherished wife of Steven Vernon. Adored mother to Steven Vernon Jr (Donna), Elizabeth (Edward “Nate”) Fields, and Brian (Lyn) Vernon. Beloved Grandmother and best friend of Emma Fields and Annalyn Vernon. Aunt, Great Aunt, Cousin and In-Law. There was no one she disliked as she was known as “Maw-Maw” to many, “Mom” to most, and FRIEND to all.

Ann grew up in Iron County, MO where she graduated from Ursuline Academy. Soon after, she left to explore the country, including brief stays in New York City and Miami, Florida. She eventually returned to the St. Louis area where she met her future husband. They settled in a house in Kirkwood, where they lived most of their 47 years of marriage and where she was able to finally rest in peace.

Ann spent her early years as a homemaker, raising three children, a job she adored. Her overly friendly demeanor eventually led to a career in customer service, with stops in retail, grocery, and a call center. After retiring professionally, Ann took on her favorite job, grandma, where she was able to spoil and adore her grandchildren.
She loved, enjoyed, and looked forward to spending time with her family.

Ann had the most kind and gentle soul. Anyone who met her became her friend for life. She could light up the room with her smile and kindness. She will be missed, but will never be forgotten, as she was able to touch and inspire the lives of so many.