In Memory of
Anthony William
Broz Jr.
1933 - 2021
Click above to light a memorial candle.
Memorial Candle Tribute From
Bopp Chapel
"We are honored to provide this Book of Memories to the family."
View full message >>>
Send Flowers
Plant a Tree In Memory of Your Loved One
Click Here
Menu 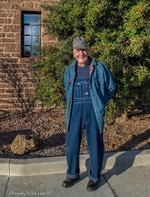 Broz, Anthony William “Bill”
Anthony William “Bill” Broz of Ironton, MO (formerly of St. Louis, MO) passed away Thursday, January 7, 2021 at the age of 87. He was preceded in death by his parents, Anthony William Broz, Sr. and Dorothy Whitelaw Broz. Survived by his children Julie (Dale) Christiansen, David (Jill) Broz, Jennifer (Lee) Williams, Anthony (Heather) Broz, Patrick Broz and Valerie (Tom Brendel) Broz, stepson Scott (Tammy) Broz and grandchildren Sarah (Emerson) Christiansen, Todd (Lindsay) Christiansen, Calvin (Theresa) Broz, Madeline (Luke) Broz, Sophie Broz, Paige (Brendan) Williams, Rees Williams, Nolan Broz, Mikayla Broz-Brendel.
Bill was an alumnus of Coyle High School. Then he served in the Navy from 1955 to 1958. Once home, Bill began a life-long career as an autobody repairman, including operating his own shop, first in Ballwin, then in Valley Park. This love of cars translated into a hobby of stockcar racing both as an owner and a driver at Lake Hill, Tri City and Rolla Speedways, and any challengers on Manchester Road during the 70s behind the wheel of his ’69 red, 428 Cobra-jet, Ford Torino.

Bill loved taking his kids camping, hunting with his sons and grandsons and long ATV rides. He was a Lionel train enthusiast, having quite the layout in his basement. He was also an avid non-fiction reader, self-educating in many subjects allowing him to strike a conversation with anyone.

When Bill retired, he moved to Ironton, MO and lived on Grassy Mountain where he was a close neighbor of long-time friend Bill Wood. Another friend and neighbor, Wayne, labeled him a “local” who successfully transitioned from “alley-raised”.

Bill enthusiastically attended Navy ship reunions and volunteered with the Iron County Historical Society as a docent at the train station. He was a member at the local Eagle and Elks Club (especially enjoying his three free drinks on his birthday each year).

He appreciated and was a depository for abandoned, unwanted, and/or stray blue heelers, starting with Shaka who rode with him on the ATV.

Bill loved his cheap cigarettes, PBR and country music to the end. Remember, “Go low in the turns so you can drift up.”